I am asked sometimes why I used a cheap $60 motherboard with PCIe x1 slots and four $30 flexible PCIe x1 extenders to build this 4 x AMD Radeon HD 5970 graphics card machine, when I could buy a motherboard with four x16 slots and not need any extender for the same price. As I said in that post, and as I showed in pictures, this makes cooling easy as the ~2cm gap between each card dramatically helps with cooling. Without this gap, full loads on the cards raise GPU temperatures to 95-100°C within minutes, at which point GPU clocks start being throttled, degrading performance.

But I found a simpler solution to take care of the cooling problem that does not involve extenders:

Wire nuts are convenient to use in my experience for creating the gaps, as they lock securely in place on the card brackets, as shown in the picture. 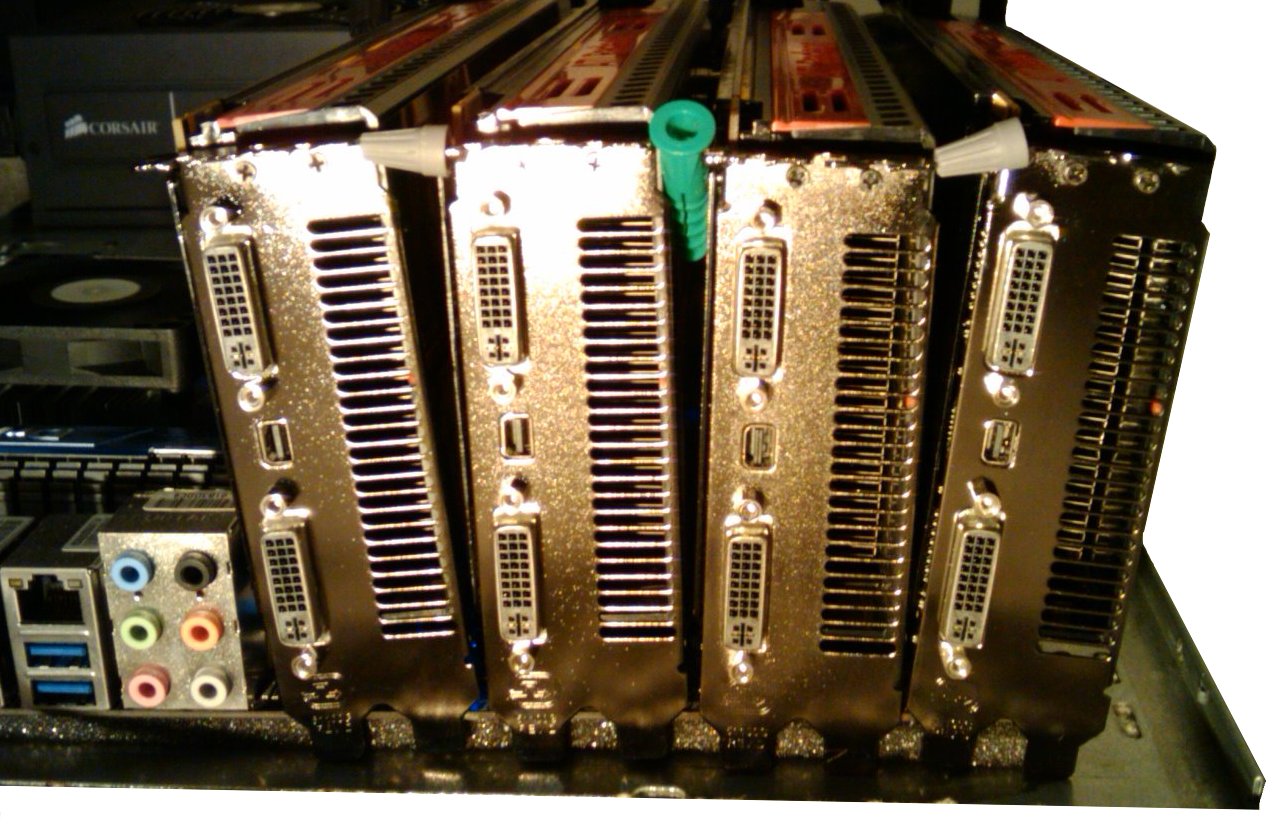 (On a dual-GPU HD 5970 with one fan shared by two GPUs, this command needs to be run only for the "master" GPU, it will fail on the other. Try them both to discover which one is the master.)

To query the current fanspeed:

I have been stress-testing this cooling hack on a 4 x HD 5970 machine based on the MSI 890FXA-GD70 motherboard in harsh conditions —25°C ambient— for multiple days, and the GPU temperatures have been holding quite fine in the 65-90°C range. The graph hereafter shows temperatures for each of the 8 GPUs at 100% load over a 12-hour period. GPUs #6 and #7 correspond to the rightmost dual-GPU card (in the picture) whose fan is the only one not obstructed by another card, which is why they have significantly lower temperatures. 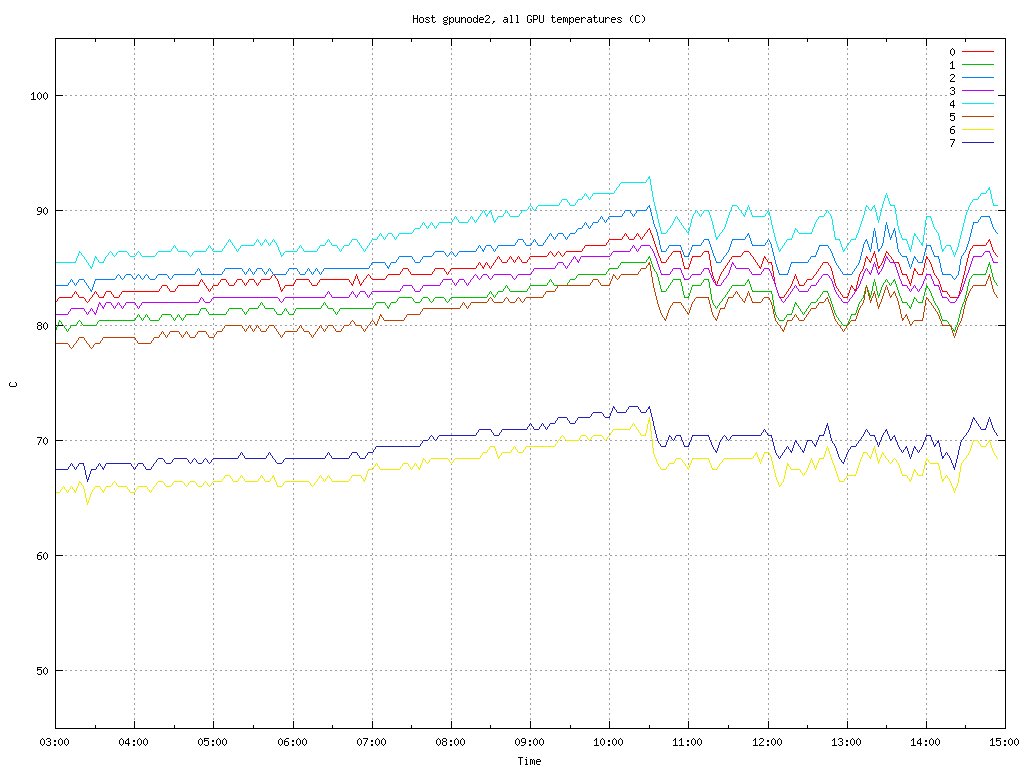